Foods You Gotta Try in Belize

The food in Belize is delicious and influenced by the many cultures that have settled there, from native Mayans to Mexican to Mennonite farmers. There are over a hundred restaurants on Ambergris Caye and hundreds more on the mainland and other islands. No to be missed is our very own Island Time, which is just steps from our spacious private cabanas and in view of the sea. A few other gems on the island include: Hidden Treasure which is a bit more upscale and only a ten minute walk from the resort, further down is La Divina for local fare and El Divino which is a steakhouse with a view of the beach.

While you are here, make sure to sample some of the classics: 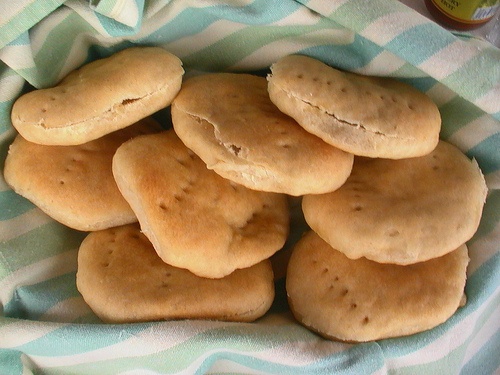 Johnny Cakes – Also referred to as Journey cakes, these buns are durable and great to pack as a snack for your travels. You can find them among Native American cultures all over and in Belize they are usually made with flour and coconut milk, a tropical twist. They are heavy dense bread often eaten for breakfast with a slice of meat and cheese inside. 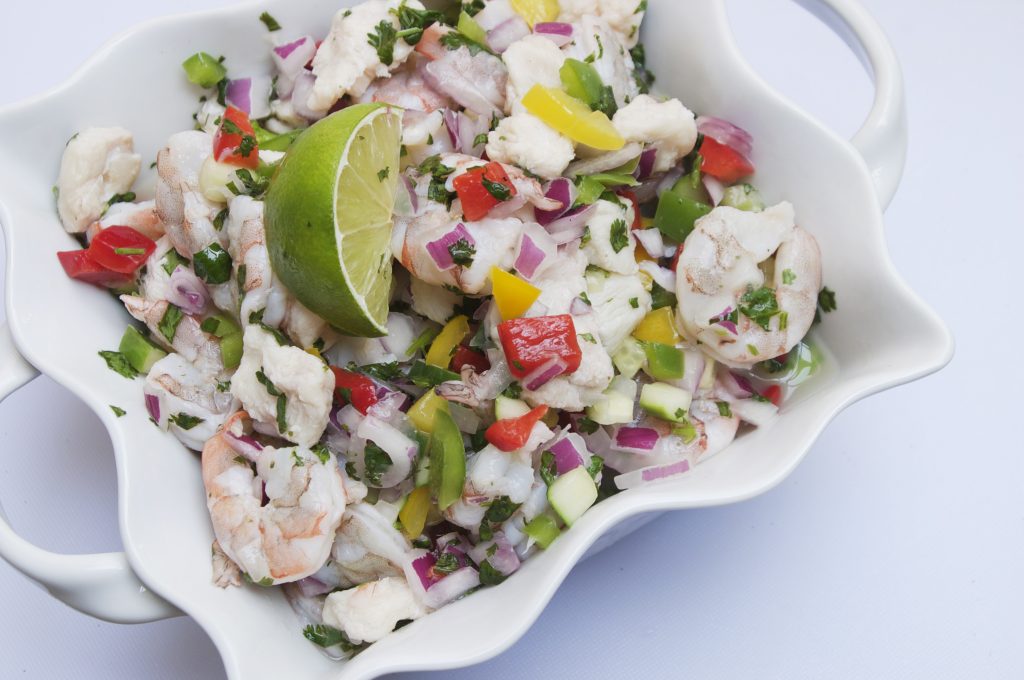 Ceviche – You may have heard of this tangy treat and with the great seafood in Belize you will want to sample the Belizean versions. Ceviche is seafood that is “cooked” by the acid in lime juice and served with diced vegetables. It’s like a cross between a salad, salsa and sushi. Yum! Lily’s Restaurant in San Pedro has the best ceviche on the island. 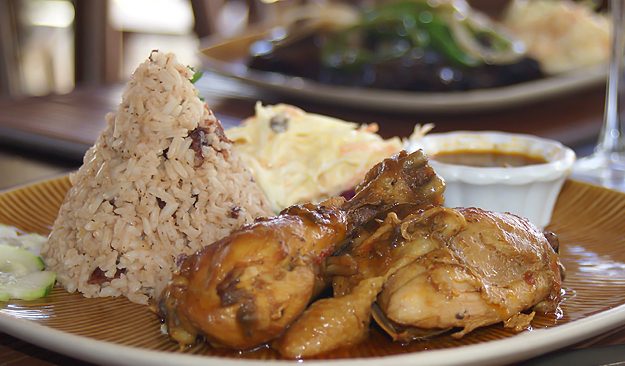 Rice and Beans – the staple of many cultures, the Belizean rice and beans the backbone that Belizean meals are built on. With a base of coconut milk, its tropical and savory. Rice and beans are usually accompanied by stewed chicken, mashed potatoes and fried plantains. You can find this dish at almost any local style eatery. 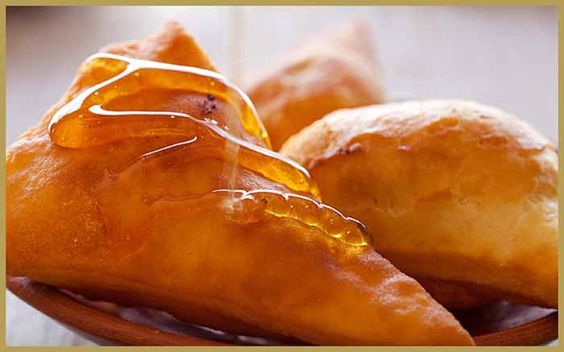 Fly Jacks – Good with breakfast lunch and dinner, these are Belizean fried dough. Usually served as a side with other dishes, these crispy little things are addictive and super fun. Just make sure to get some exercise touring the jungle, reef and ruins to burn off the calories so that you can eat more! 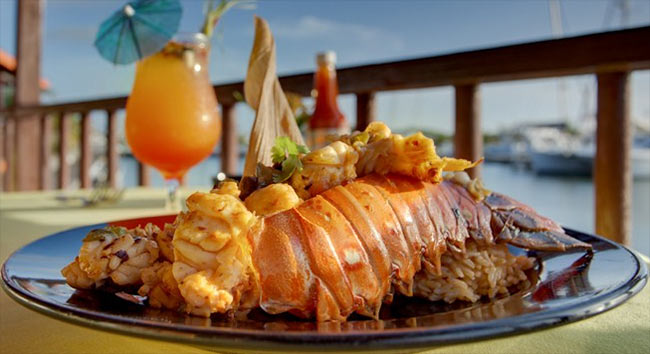 Longosta – Oh my glob! No such thing as better lobster than Belizean lobster, it’s fresh from the sea and prepared with those complex Belizean flavors. Eat it grilled stewed or boiled, just make sure you eat it. For a huge lobster burrito, make your way to Warugama in San Pedro. 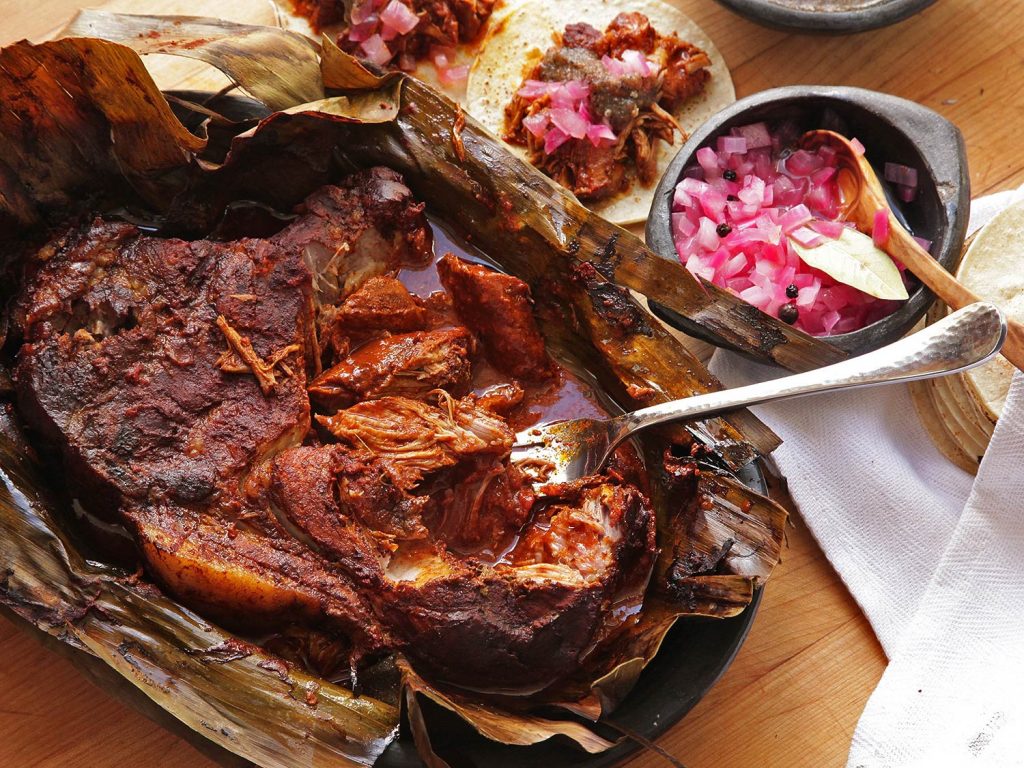 Cochinita Pibil – This is a traditional Mayan dish, and there are many more modern versions but customary Cochinita Pibil involves slow roasting a whole suckling pig. Its marinated in an acidic lime and annatto sauce (nutty orange natural flavoring agent), warped in banana leaves and slow roasted to a tender perfection. Finger licking good! 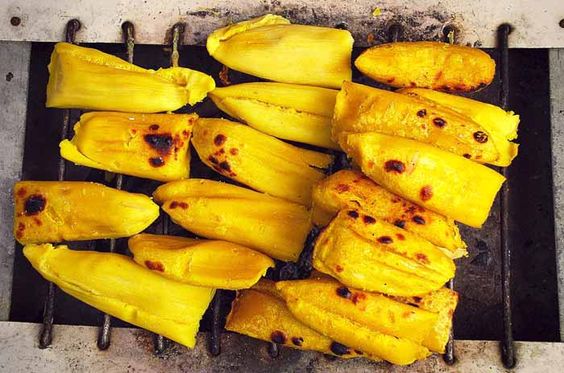 Tamales – Sure, you know the Mexican version and chased down every food truck in your area that sells them, and I don’t want to offend any Mexican’s by saying Belizean ones are better, so you will have to try them for yourself to decide! The recipe comes straight from the ancient Mayans: Masa (corn dough), filled with season meat, then steamed in a plantain or banana leaf wrap. The Mayans used to serve them at feasts, so make like a Mayan and feast on Tamales. 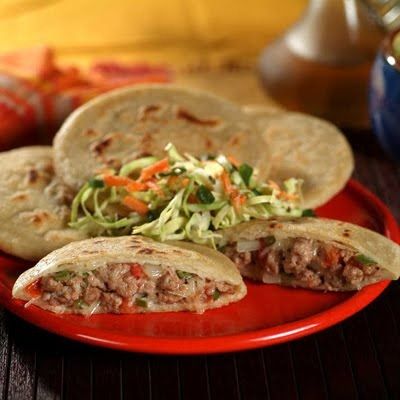 Pupusas – The stuffed corn flour delicacy is the Mesoamerican answer to knishes. Though traditionally a Salvadorian dish, they can be found on the island at our very own Salvadorian Restaurant in San Pedro. They are two corn tortillas filled with meat, cheese and/or refried beans toasted on a griddle. Great for a meal on the go.

This is only the tip of the iceberg so come to visit with a big appetite for food and adventure. Bon Appétit! Buen Provecho!