Belize is celebrating 35 years of independence this year! Happy 35th anniversary to my favorite country!

Every September, Belize celebrates its independence from the United Kingdom with a month of festivities. This year’s theme is “Sovereign and Strong- Together as One.”

A bit of history: Belize was formerly known as British Honduras and though Belize gained its independence in 1981, it is still officially part of the commonwealth (so is Canada). The first civilization in Belize was, of course, the Maya, which peaked in 900 CE. Though the Spanish explored Belize and claimed it for Spain in the 1600s, they never settled it and eventually granted the British the right to settle in exchange for an end to piracy. The British administered the land from 1786 but only claimed it as part of the British Empire officially in 1836. Belize was granted independence in 1981 and since then has been in dispute with Guatemala over much of their territory. The Guatemalan claim to Belize comes from confusion over who conquered the land, Spain or Great Britain. But Belizeans want to stay Belizean, thus “Sovereign and Strong- Together as One.” 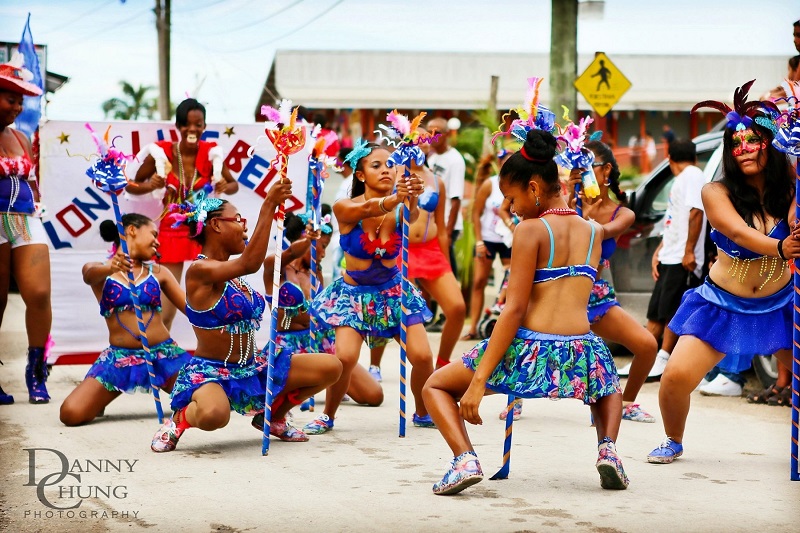 The September Celebrations is a great time to visit Belize, there are parades, concerts, the Miss Belize Pageant, and parties. The highlights include the Battle of St. George’s Caye Day (alternatively, National Day), which is celebrated September 10th and commemorates the final Spanish attempt to take over the area in 1978. Independence Day is on September 21st marking, of course, when the United Kingdom granted Belize its own sovereign rule.

Below is the schedule for the events. Many are free and if you are interested in anything specific and want more information, please contact me: 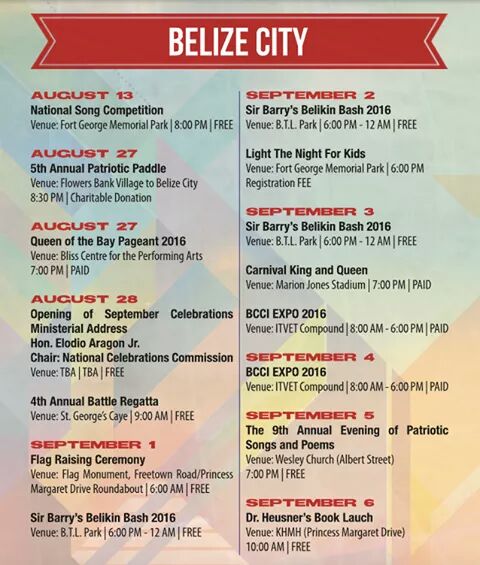 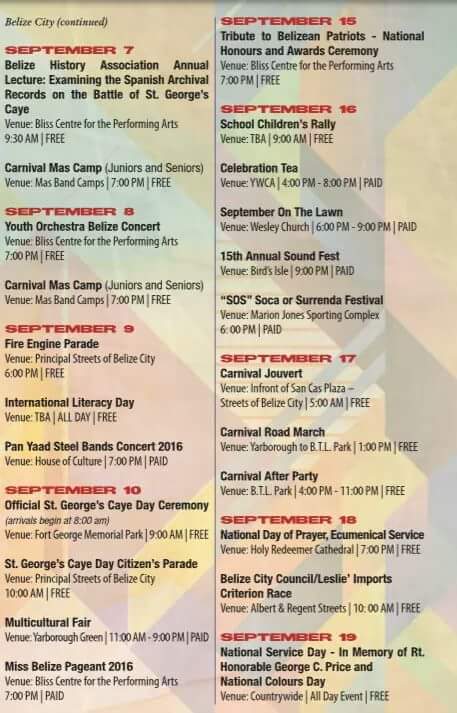