The Mayan people were the first Empire to rule over what is now Belize. Though their peak was well over 1000 years ago, the descendants of this powerful people still live in Belize today, keeping the traditions, language and religion as a living heritage. 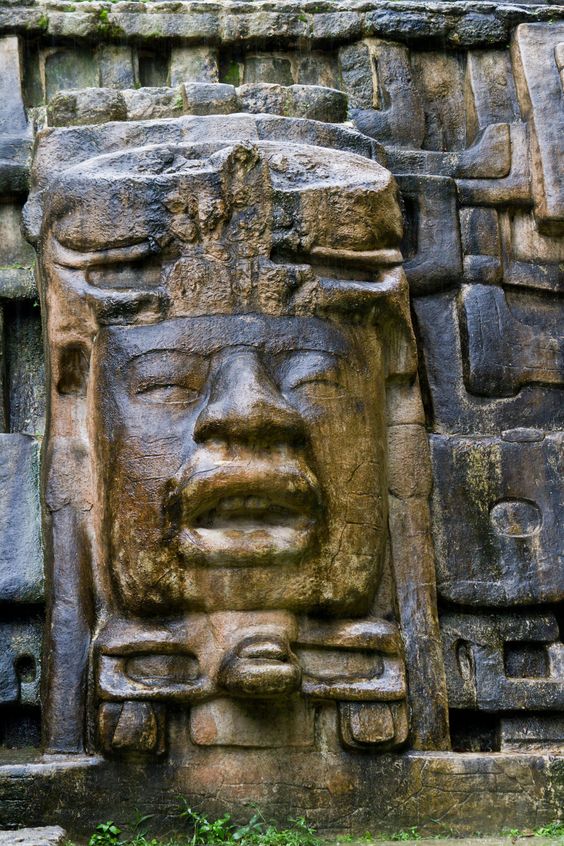 The early Central and South American Indians developed complex civilizations built on hierarchal systems of government (priests, elites, artisans and farmers) and city-states. There were numerous cultures that flourished in what is now Latin America, the Maya being one of the most powerful, farthest reaching and longest surviving empires. The Maya ruled in what is now Guatemala, Mexico, Honduras and of course, Belize.

The Maya were not like the ancient Chinese or European countries who had one central government rather they were split into large city-states (often 100,000 people) that rose and fell and sometimes warred with one another. Their culture, religion, calendar, astronomy and hieroglyphic writing united them. The Maya appeared around 350 B.C.E. and declined around 900 C.E., leaving behind massive pyramid temples, mathematics that included the concept of zero, underground water reservoirs, agriculture, irrigation systems and a solar calendar more complex and more accurate than modern day calendars. 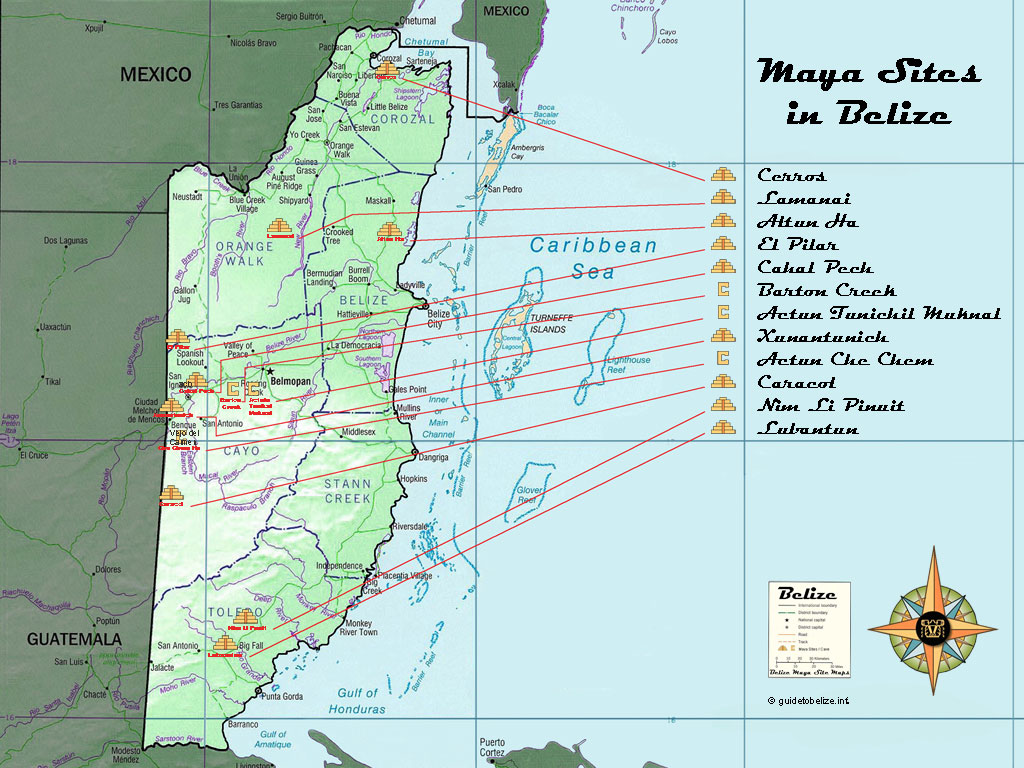 The Maya of Belize were skilled artisans who worked in jade, ceramic and gold; many artifacts have been found that begin to tell the story of who they were but there is much more to unearth. The Maya built impressive pyramids and worship sites without metal tools or the wheel. Experts are still unsure of how they managed this seemingly impossible feat.

There was a smaller community of Maya on the island of Ambergris Caye where the resort is. Research indicates that they were a satellite of the ancient city of Chetumal, which is now called Santa Rita. The Maya were avid long distance traders and Ambergris Caye was an important part of the trade routes. The island is not actually an island but part of Mexico’s Xcalac Peninsula, which was separated by an ancient mile long canal that made trade much safer and efficient. The canoes that went through the canal brought salt, obsidian, jade and pottery back and forth along the Caribbean coast. There are many small sites on the island where settlements, trading plazas and artifacts have been found. 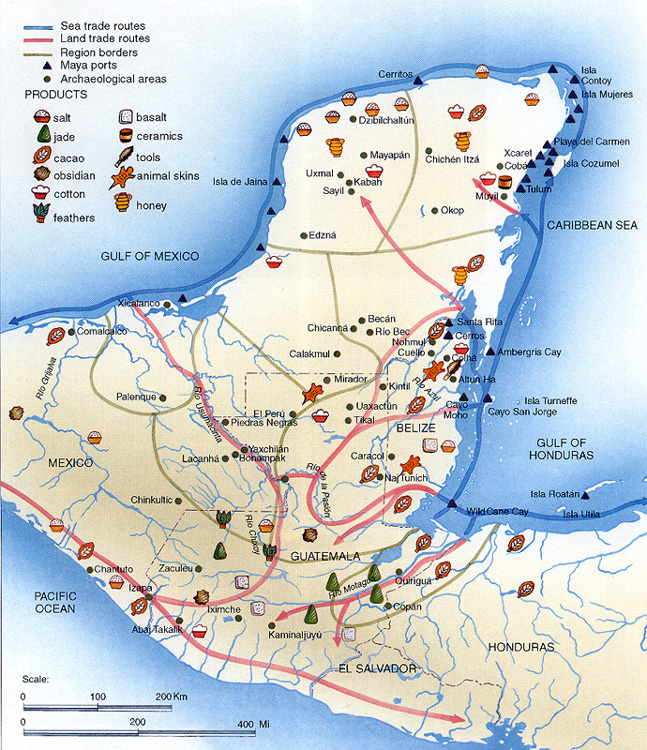 Since the Spanish decided that the natural resources in Belize paled in comparison to other countries, they passed it on to the British in exchange for an end to piracy. The result of this is that the Belizean Mayans remain mostly intact and did not suffer as bad a fate as their neighbors who were wiped out by disease and brutality. The British brought African slaves to Belize, mostly for logging and the Maya hid deep in the forests protecting their land, culture and religion.

The Modern Belizean Maya are from two distinct groups, the Mopan and Kekchi. Their values and customs are very similar evolutions of the ancient Maya. Though both their languages are derived from the ancient classical Mayan language Cholan, the languages have become so different that in order to communicate, many Maya in Belize are tri-lingual and know Mopan, Kekchi and English. The Modern Maya government is a system called Alcalde. All villagers vote every three years for a new Alcalde and he has complete authority to rule. Maya men and women have also been elected to the Belize National Assembly, making sure that this large historically indigenous people have proper representation. In 2007 (and on appeal in 2010), the Maya people of southern Belize won a landmark legal case when the Supreme Court of Belize affirmed their rights to control traditional lands and the resources on and below those lands. This allows them to control external exploitation of the rainforest and other natural resources including lumber and oil. The Modern Maya continue to live in the traditions of their forefathers and protect their land and culture. 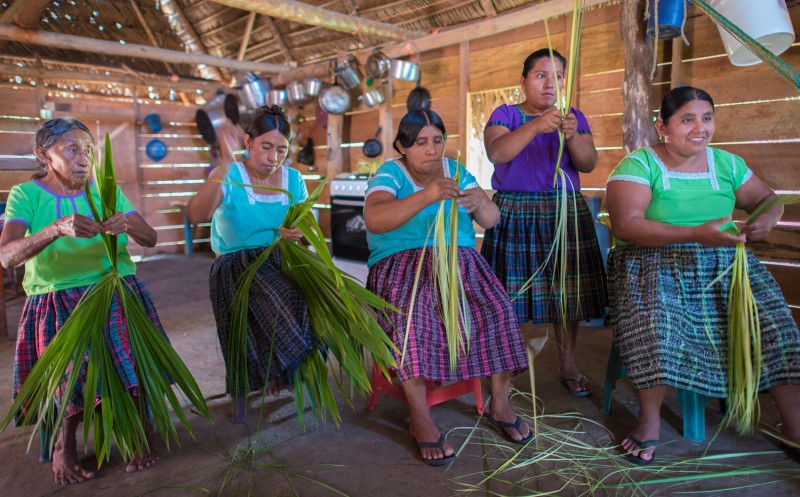 To experience this rich history and meet these incredible people, come visit us in Belize!