You Won’t Believe What These Ancient Artifact Were Used For!

Part 3 – Mayan artifacts of Belize – below

If you like ancient treasure, Belize is just the place. Many important artifacts have been found on the Maya sites in Belize. These precious objects help us to understand the customs, culture, religion and daily life of the ancient Mayan people.

The Altun Ha Jade Head – otherwise known as the Crown Jewel of Belize, this stunning artifact depicts the Maya Sun God, Kinich Ahau, one of the most important Mayan gods. Jade was one of the most precious stones during the ancient Mayan times. This Jade Head was found at Altun Ha in 1968 in a large tomb that was located below the stair block on the one of the temples. The tomb contained the remains of an elderly adult male who was likely an important ruler during his lifetime and possibly the individual that had the craving commissioned. Scholars believe that the body was buried with the jade head and other burial objects between 600 to 650 C.E. The head weighs 9.75 pounds and is about 6 inches high. It is the single largest Mayan carved jade object. The Jade Head is usually locked up in a vault at the Central Bank of Belize but goes out on exhibition periodically. Definitely worth checking if it is available for viewing during your visit. 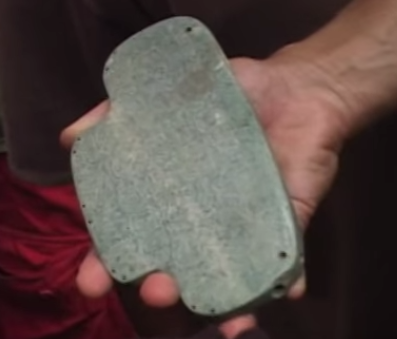 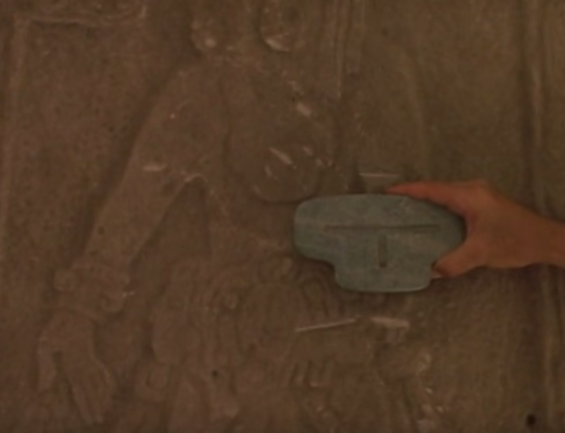 Nim Li Punit Jade Pendant – This pendant is about the size of a human heart and it was found buried in a burial chamber at the Nim Li Punit archaeological site. The pendant dates back to about 671 C.E. and was worn by kings around their necks during blood leading ceremonies. We know exactly what its use was because there is a depiction of a king wearing an identical pendant on one of the Stele found at Nim Li Punit. The pictograms on the pectoral tell the story of its origin. It was brought by a man named Janaab K’inich who was a lord from Caracol. This royal person came to Nim Li Punit for a scattering event whoch was a kind of ritual sacrifice. The story explains that Nim Li Punit was strongly connected to the elite from Caracol. This other side of the breastplate depicts a T, which in ancient Mayan means wind or breathe. This object is also located at the Central Bank of Belize. 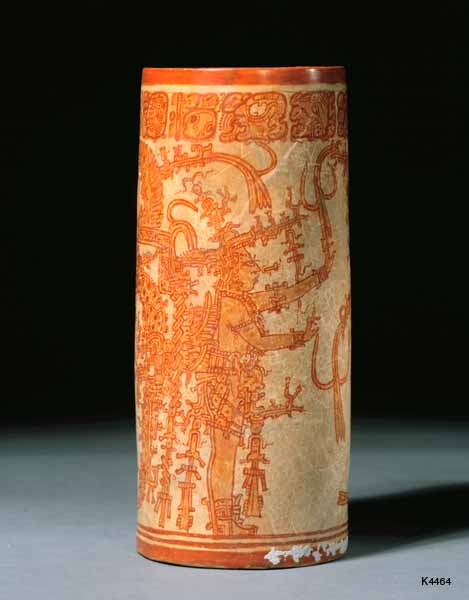 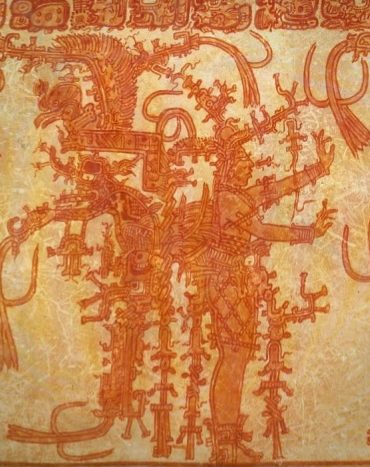 The Buenavista Vase – This intricate piece of pottery is not only a depiction of the Mayan Maze God but and important link between two Maya sites. The vase was found at the Buenavista del Cayo site in Belize. The red on white drawings depict the God in full regalia and the inscriptions tell us that the pot was meant to hold fresh cacao beans. The inscriptions relate that the pot was made for Lord K’ak-Til, the divine lord of Naranjo (an ancient Maya city in Guatemala). Since this vase was found in Belize in the grave of a young man, experts were able to discern that Lord K’ak-Til gave the vase as a memorial gift to the ruler of Buenavista in honor of his deceased son. That ruler then buried the gift with his son. The leads us to understand that Buenavista and Naranjo were allies against Tikal in a huge war that was being waged at the time between multiple Maya city-states. 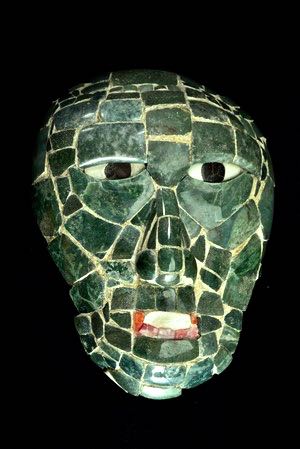 Jade Mosaic Mask – This beautiful mask is on display at the Belize Museum. It was found in Santa Rita Corozal in Belize, in the tomb of ruler Great Scrolled Skull. The mask is a symbol of power. Scholars believe that Great Scrolled Skull wore it as an ornament on his belt or on a necklace. 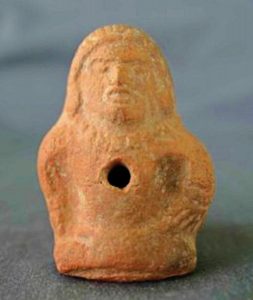 Musical Instruments – We know that the Maya appreciated music and made many types of wind instruments and drums from murals and inscriptions found at many Mayan sites. At the Pacbitun site in Belize a huge cache of ceramic musical instruments were found in tombs of royalty. Types of instruments included ocarinas, effigy whistles, rattles (or maracas), flutes, and even a pottery hand drum. Among the instruments were eight seated figure whistles, which are identical and seemed to have been made from the same mold. They have traces of blue paint on them meaning they would have once been blue. They still make sound today when blown into and they are a unique find to this site in Belize. Many of these can be seen at the Belize Museum.

The ancient Mayan were talented artisans and the modern Maya of Belize continue in these artistic traditions. If you are interested in buying hand made Mayan items, let our staff know when you come and we will point you in the right direction.