Part 2 – Maya sites in Belize – below

Belize was once a center for the ancient Maya civilization and there are many cool sites to see. This list is just a few of the highlights, there are tens of archeological sites around Belize and more are being discovered every day. 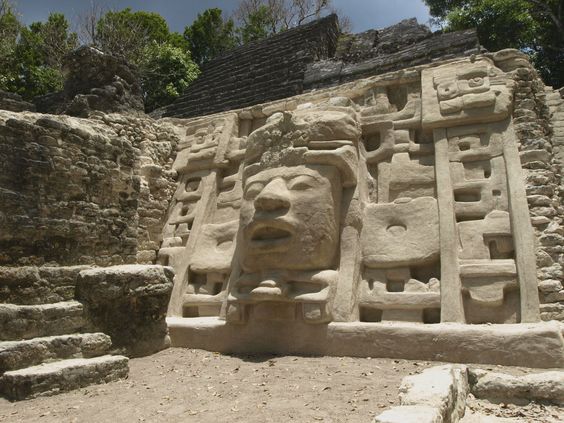 Lamanai (Submerged Crocodile) – This site is one of the few that still retains its ancient Mayan name and if you’re lucky you might just see some crocodiles that live in the nearby river. This metropolis was in habited from 1500 BCE to 1650 CE (sic!), one of the largest and longest occupied Mayan cities. With over 719 structures and temples that reach 108 feet (33 meters), Lamanai is definitely one of the most impressive Maya sites known today. Because the complex was occupied for so long, you can see structures from many Maya periods and learn all about their architecture.

Xunantunich (Stone Woman) – The ancient name for the city is unknown but this modern Maya name means “Stone Woman”, which refers to a legend about a ghost of a mysterious woman who lives there (let me know if you see her!). The seeds for this city were planted as a small village round 600 BCE but it grew to its full height while other Maya city-states were in decline, around 1000 CE. There are 6 plazas and 26 pyramid palaces and temples, the main one being the 130 feet tall “El Castillo”, which is famous for the intricately carved frieze that wraps around it. The exquisite frieze includes many figures that represent astronomical symbols, the sun god, moon and Venus. One of the most interesting elements is a figure in a dancing position clutching at birth ropes (the Mayans would attach ropes from a house beam for women hold while giving birth). El Castillo was a multi-purpose structure used as a dwelling, shrine and administrative hub for the elite rulers. 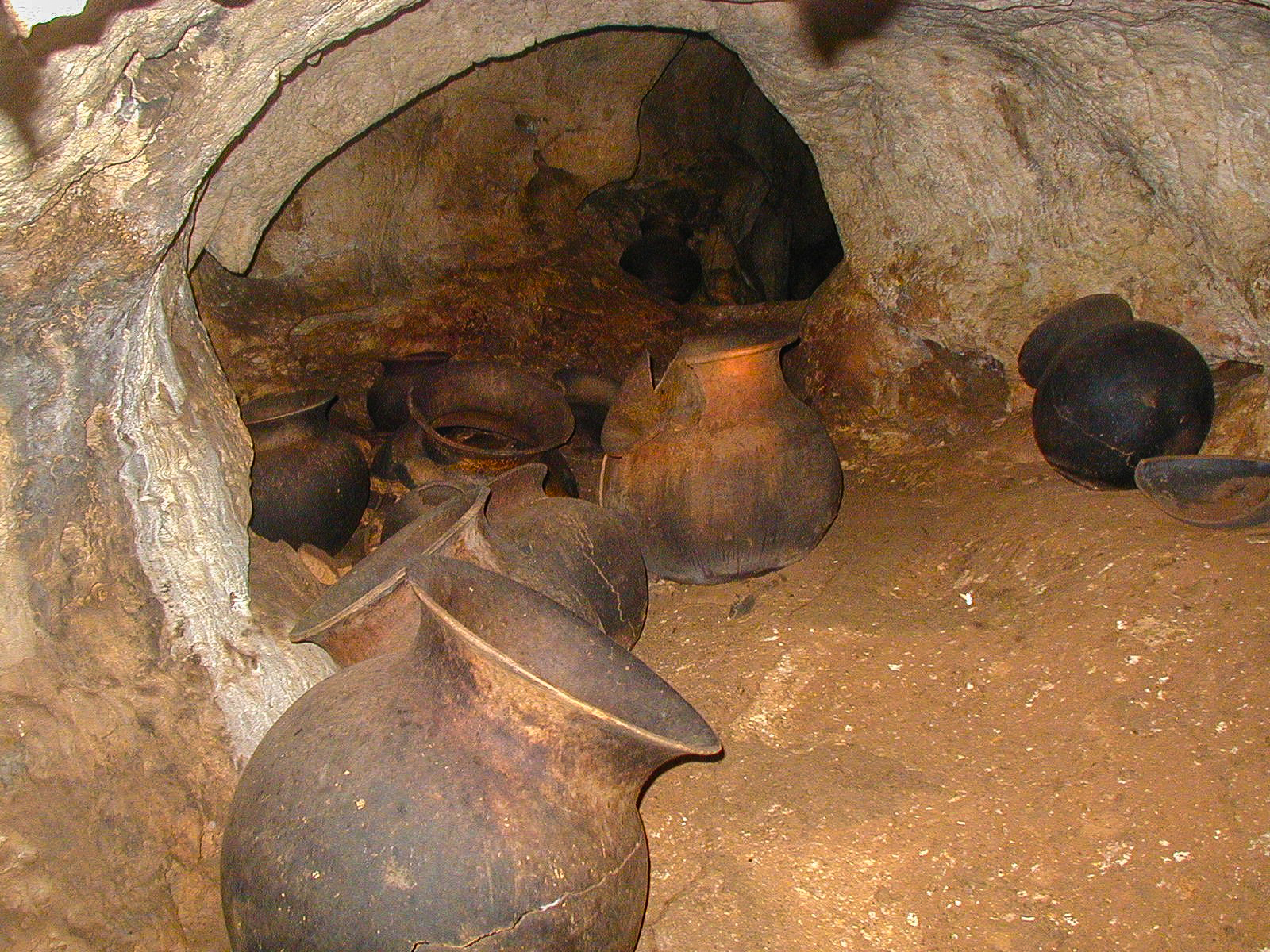 Che Chem Ha (Cave of Poison Wood Water) – This site lesser known site is close to Xunantunich and is a privately owned 800 feet long cave that was used for grain storage as well as for rituals. No only is there an impressively large collection of intact Mayan artifacts including extraordinary pottery but also beautiful stalagmites and stalactites. It is a physical challenge so make sure to stretch and bring your hiking boots, but it is worth the workout. 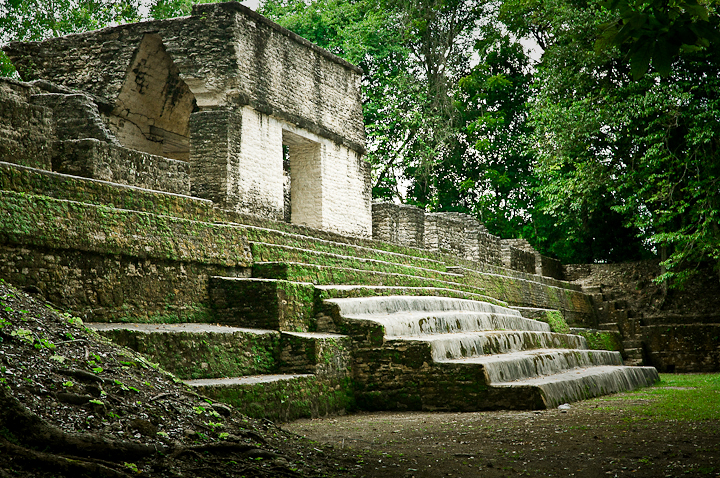 Cahal Pech (Place of Ticks) – One of the oldest Mayan sites in Belize, it is known to have been occupied since 1200 BCE. Cahal Pech is located in the town of San Ignacio close to Xunantunich. There are 34 structures on the site including temple pyramids, an alter and two ball courts. Though smaller than some of the other Mayan sites in Belize, it is easy to get to and tour on your own and since the entrance fee is very low, it is one of the most affordable and easily accessible. 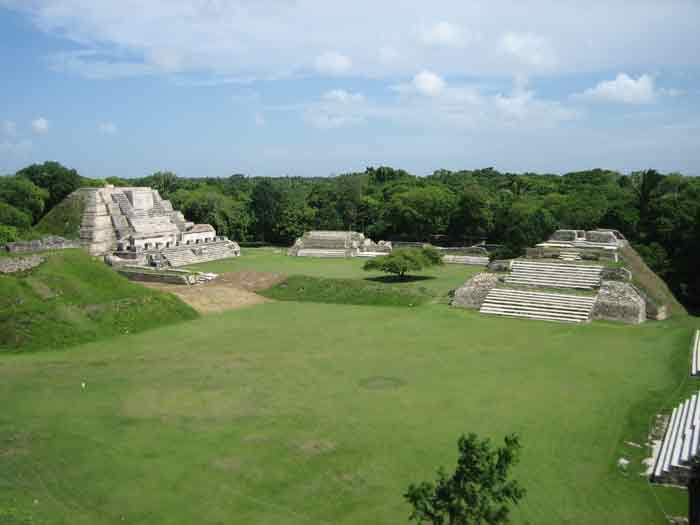 Altun Ha (Rockstone Water) – Altun Ha was a major ceremonial and trade center during the Classic Period of the Maya. Many artifacts have been found there, the most significant of which being the Jade Head, which is the largest found carved jade object of the Maya civilization. The head represents the Sun God, Kinich Ahua, and currently lies in a vault in the Central Bank of Belize but its comes out for exhibition every once in a while. Altun Ha is a great site to visit if you want to see some of Belize’s amazing wild life, you can find armadillos, bats, squirrels, agouti, paca, foxes, raccoons, coati, tyra, tapir, large crocodiles, white-tailed deer and over two hundred species of birds.

Caracol (Shell) – The name is Spanish for Shell and the site is literally covered in snails; the name apparently came from guides and researchers calling it “the place with all the snails.” Caracol covers approximately 125 square miles (200 square kilometers) and once had a population of over 100,000. The largest pyramid or man made structure in Belize named Canaa (Sky Place) towers over the site at 140 feet (42 meters). 53 carved stone monuments are spread across the city, many of which describe how Caracol was the rival of the famous Guatemalan Maya site of Tikal, along with other wars and important events. 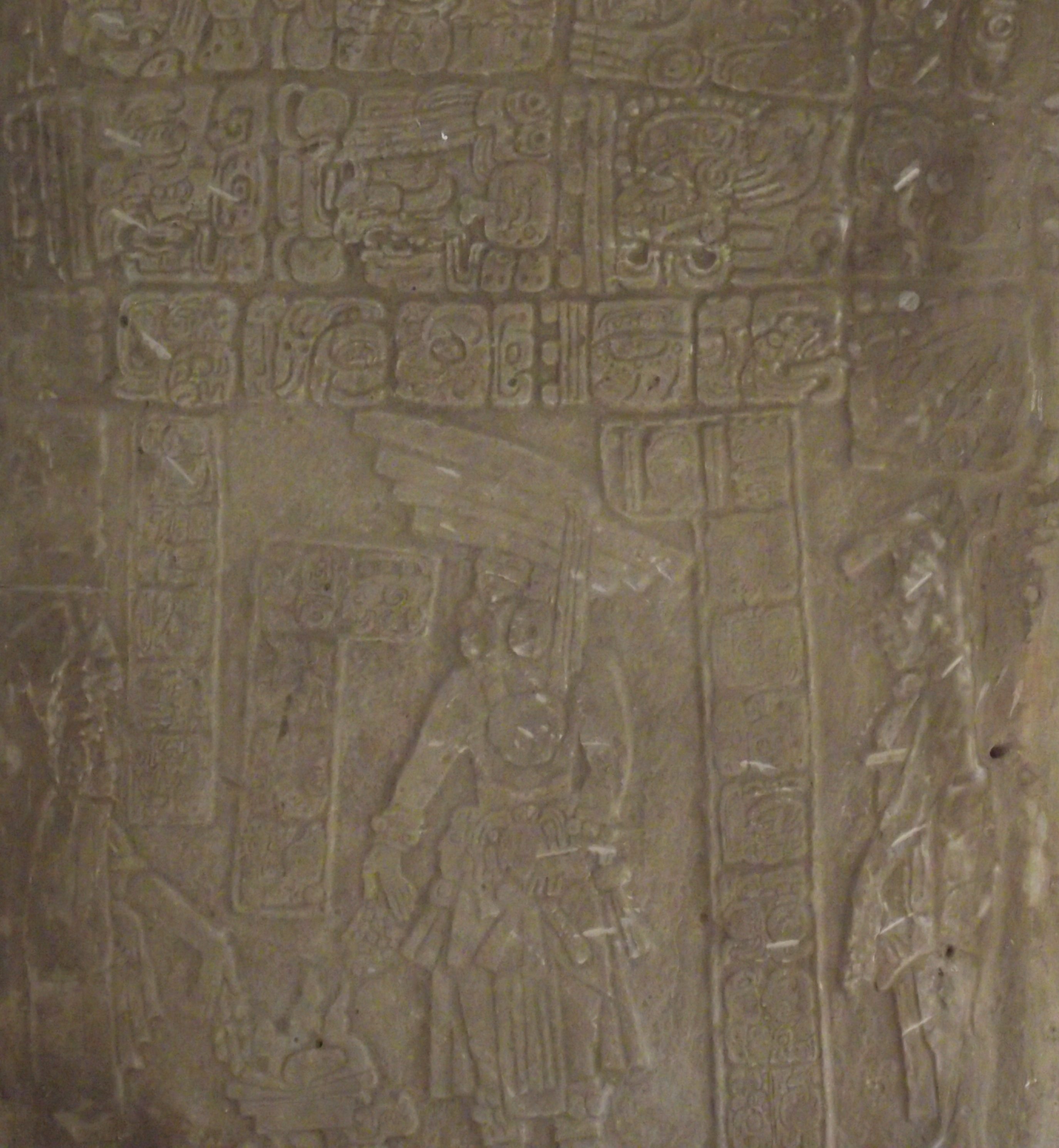 Nim Li Punit (Big Hat) – Though it is a comparatively smaller site, it has been very important for archaeologist because of the large amount of carved stele found here as well as a large carved jade breastplate that was discovered during excavations of the Royal Tombs. The breastplate can be seen worn by a royal figure during a bloodletting ceremony that was memorialized in a carved stele. The stele commemorate and record important political events such as alliances, wars and battles, family trees, and visits from official delegations from surrounding cities making them extremely important for our understanding of who the Maya were and how their society functioned. It is believed by archaeologists that Nim Li Punit was a place of worship for Maya elite. In addition to the stele and the tombs, there is a ball court at Nim Li Punit. The rules of the game are not known, but it is clear that the movements of the ball represent the sun, moon, and other celestial bodies. The site is at a high altitude and the views around the area are stunning. 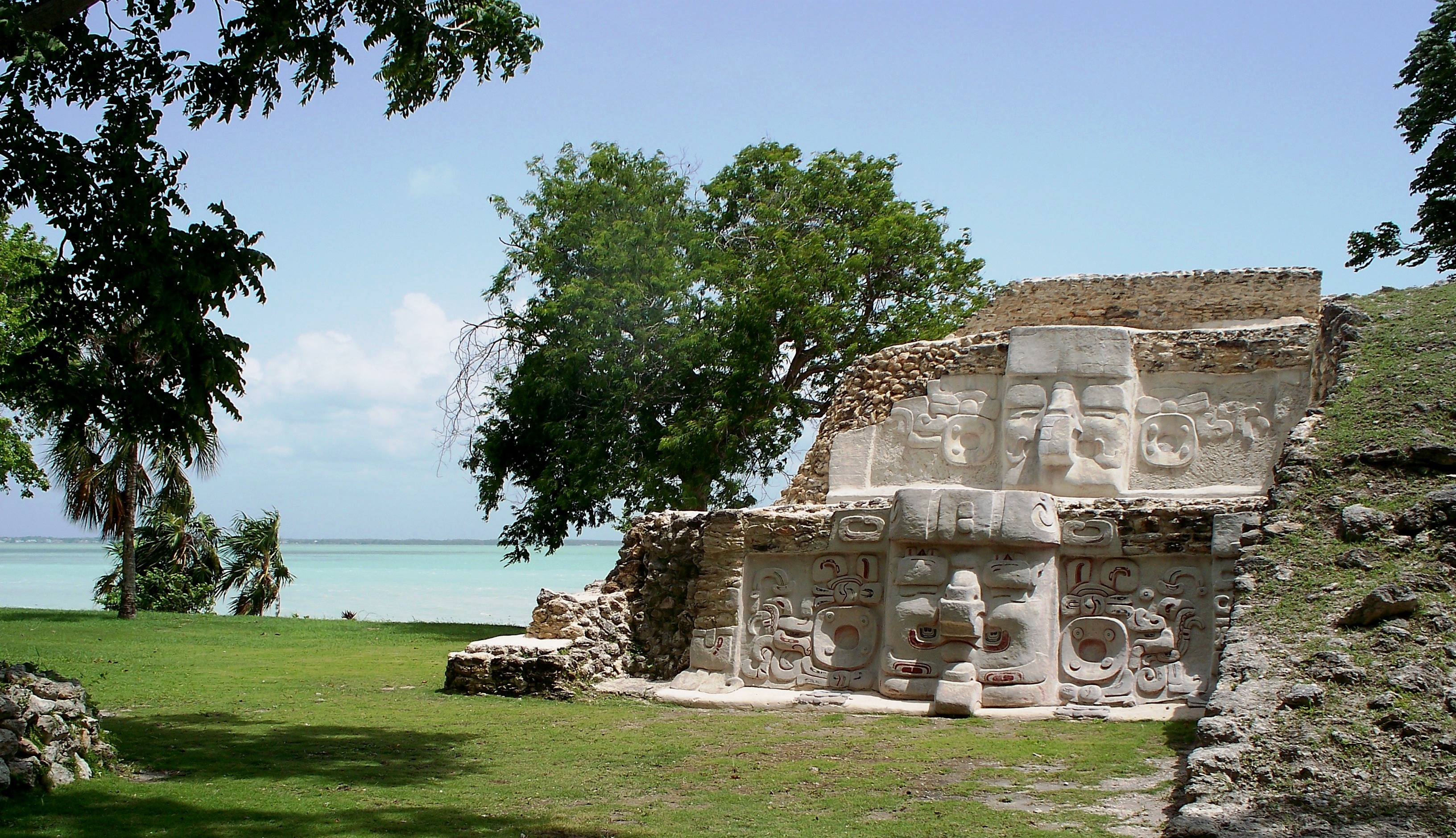 Cerros, or Cerro Maya (Maya Hill) – This site was an important trade center that is located near the modern town of Corozal. The city distributed salt from mining communities and traded chert (special stone) tools. The clever inhabitants of the area dug an extensive canal system and used raise field architecture. There are several relatively large structures and stepped pyramids that feature important huge plaster mask reliefs, an acropolis complex, and two ball courts. 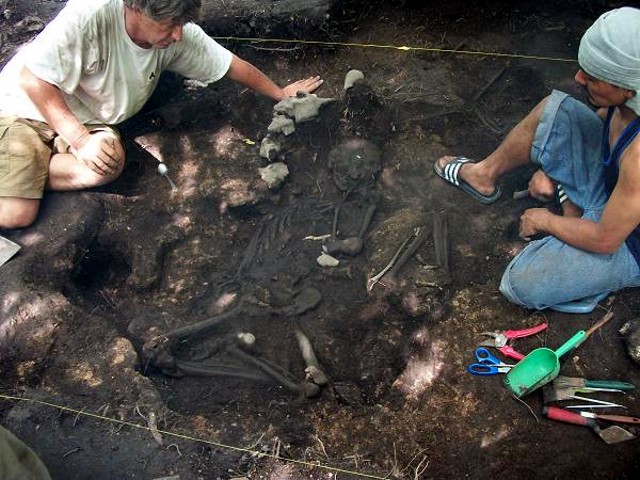 Marco Gonzalez Maya site – Named for the guide who brought the archaeologists to the site, this fishing town is located on our very own Ambergris Caye. Just a short golf cart drive or bike ride away from the resort, the Marco Gonzalez Maya site is the place to go if you want to spend an afternoon learning about how the average Maya citizen lived their life. Human skeletons have been exposed in burial sites accompanied by offerings of jars, bowls, and jewelry and conch shells. Shards of Maya pottery abound. Though there are lots of signs, it will take some imagination to really appreciate this site as it is still be excavated. Also, make sure to bring your bug spray; it is a bit swampy.

These are just a handful of my favorite Maya sites in Belize, there are many more. We would be happy to help you plan your trips to see any Mayan ruins you are interested in when you stay with us.